The Roxy Theatre is one of the Sunset Strip’s long-standing and legendary venues. For over 40 years, The Roxy has continually offered an exciting lineup of both new and established artists. Some truly groundbreaking performances and recordings have happened within the walls of the Roxy, largely thanks to the innovative minds that turned a former burlesque club into the iconic venue it is today.

The Roxy Theatre’s reputation, or at least that of its co-owners, preceded its buzzy 1973 opening. It boasted a dream team of music powerhouses, including Grammy Award-winning producer Lou Adler; media magnate David Geffen and his Asylum Records co-founder, music manager Elliot Roberts; Whisky a Go Go co-founder Elmer Valentine; and musician/producer Peter Asher. Adler had promised that top-of-the-line sound, lighting, and dressing rooms—some $250,000 was spent on remodeling—would attract both new artists and major headliners who may have outgrown the club scene, but still craved the intimacy that larger venues lacked.

“We want the Roxy to be to clubs what, say, the Dorothy Chandler Pavilion is to concert halls,” Geffen told the Los Angeles Times.

The Roxy’s promise was realized when Neil Young headlined its sold-out opening night, and then the two nights after that.

“With Young as the opening attraction and such other major acts as Cheech & Chong, the Temptations, and Jackson Browne already signed, the Roxy is obviously getting off to the impressive start that many had predicted for the 500-seat facility that formerly housed the Largo burlesque club,” the Los Angeles Times reported.

Atop the club was a private, members-only venue known as On the Rox. Here, the club’s owners and famous friends rubbed elbows. Regulars included the members of the so-called Hollywood vampires including John Lennon and Alice Cooper, as well as A-list actors like Jack Nicholson and Robert De Niro. Today, it serves as an intimate, 21+ venue for new and up-and-coming artists.

A number of landmark performances would occur on the Roxy’s coveted stage throughout the decades. In 1974, Adler brought British sci-fi musical The Rocky Horror Show to the Roxy for its first U.S. run. A then-27-year-old Tim Curry starred in the role of Dr. Frank N Furter, as he had done in U.K. He would also appear in the film adaptation, The Rocky Horror Picture Show, the following year. Another cult musical, Hedwig and the Angry Inch, enjoyed a run at the Roxy in both 2006 and 2012, starring Donovan Leitch in the title role both times. Leitch served as the honorary mayor of West Hollywood in 2012 during the annual Halloween Carnaval.

Jane’s Addiction played their first Los Angeles show at the Roxy in October of 1985, opening up for Gene Loves Jezebel. This was 11 days after they played their first-ever show at a club in Huntington Beach, though there they were listed incorrectly as James Addiction.

In 1977, L.A. punk band The Germs recorded their song “Sexboy” at the Roxy. Their performance was meant to be part of a “Battle of the Bands” sequence for Cheech & Chong’s film Up in Smoke, which Adler directed. However, The Germs started an impromptu food fight during their performance and were not invited to the final filming of the scene. Several other artists have recorded less tumultuous live albums here, including Bruce Springsteen, Eurythmics, Patti Smith, Social Distortion, Buzzcocks, and Van Morrison. In 1981, comedian Paul Reubens would take the stage as his character Pee Wee Herman. At one point, HBO would tape an hour-long special live at the Roxy. Reubens would go on to star as the character in three movies and the children’s TV series, Pee Wee’s Playhouse.

Today, The Roxy Theatre is operated by Lou Adler’s son, Nic Adler, and the venue continues to attract a diverse range of talent. To see what’s coming up, check the club’s event calendar online.

Updated from the original article written by Chris Epting. 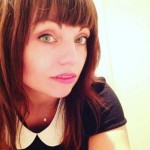